I am soooooo happy with the Golden Globes. Yes we still have a long way to go when it comes to recognizing black greatness in Art but yesterday, I was so proud. The Globes not only recognized but also honored black actors who have been putting in work.

Tracee Ellis Ross – She’s my big sister in my head. Every episode of Girlfriends, I have watched. Every T-Murda bar, I have listened to. Don’t get me started on Black-ish and her just being so relatable. You deserve this honor. 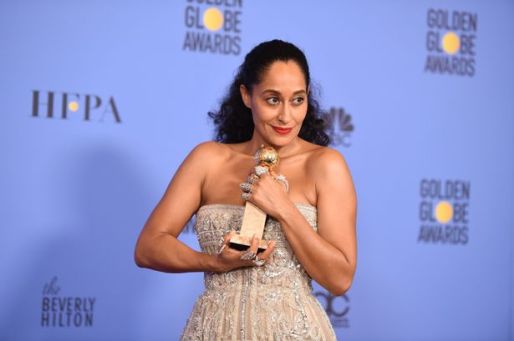 Viola Davis – I don’t think anyone has ever doubted her talent and this is not the first time she is getting recognized by a major award show/organization but Fences is a great movie and Viola Davis deserves this recognition. Congratulations Ms. Keating.

Donald Glover – So many people I know love the show Atlanta. While we are familiar with Donald Glover’s musical talents, he put the mic up and traded Childish Gambino for the big screen and the government name Donald Glover and he DELIVERED. Atlanta season 1 was way too short but that did not stop the Golden Globes from recognizing greatness. We are glued to the TV waiting for season 2. Congratulations!!! And as the internet is saying, “The only Donald we acknowledge is Glover.” HA! take that orange man.

Issa Rae – Issa DID that!! While she may not have gone home with a Golden Globe yesterday, She WON! If you’re a true fan, you know Issa from the days of Awkward Black Girl and how relatable that series was. When Insecure started on HBO, I was tooooooo happy. She deserved it. Consistency, diligence and hard work paid off. She has a dream and she isn’t stopping until she achieves it. This is just her starting point. She was nominated alongside Tracee Ellis Ross. Two colored girls in a major category. ermmm WE WON!

The Cast Of Hidden Figures

Weekend box office numbers are in and get out of the way Rogue One, Hidden Figures is now number 1. A majority black cast just knocked one of the biggest movie franchises of all time out of the number 1 spot and dare I say it is well deserved. The stories of the women being portrayed in this movie needed to be told and put on a big screen. Black women are smart and powerful and for once, we were not portrayed as slaves, maids, side pieces or what have you.

It was a great weekend for these super stars. Let’s take time out to recognize greatness.*Cue music* SLOW CLAP!